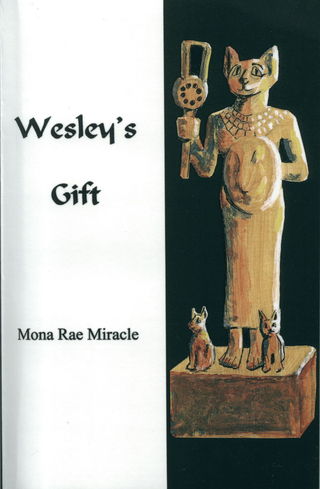 
On Sunday morning, as they cooled in bed after making love, Wesley heard Kee ask the question that was guaranteed to make him grin and pinch the flesh stretched over her hip bone.

“Wesley, are you happy today? Will anything make you happier?” She waited for his chuckle at the geisha routine.

“I have everything I ever wanted and more,” Wesley answered.

His wife smiled, and the smiling made her almond eyes narrow to slivered almonds. Hers was a classically beautiful Asian face, without a blemish. In repose it was youthful, belying her forty eight-years. She shattered her cool sculptured features regularly by laughing with abandon.

Her college age sons often plotted to set her laughing, but Wesley, though he liked to tease her, was more serious and contemplative. It was she who could cause Wesley to laugh.

Her words teased him now. “You said the same thing last week, Wesley.”

Wesley giggled, chuckled, jiggling the sheet over his chest. He flung it towards their ankles. His lips dived to Kee’s belly and his tongue drew a circle around her navel. Just for fun. He tasted salt, souvenir of the morning’s pleasure.

“Tell me then, what is everything. Make me a list,” Kee said.

“And last? You’ve never said that before. What does that mean?’

“It means I could adjust to the loss of any part of my life except you. You make it all run.”

“Oh. Make it all run. Here I was thinking you couldn’t live without my body.”

Wesley reached to the bookcase headboard and swept up the black cat reclining there, the cat he called Evander Holyfield. He made Evander’s paw into a left hook and boxed Kee’s arm with it. Pat, pat, pat. Evander’s fur felt soft to his fingers, but he knew Evander’s paw pad was like fine grade sandpaper on Kee’s arm.

Fifty abstract tigers shimmered above the headboard in a 36” X 24” print.

He said it to get a rise out of her, testing and teasing her, and immediately she took the bait and said, “Almost too much cats.”

Wesley’s laughter rocked the bed. He laughed so much he was surprised to hear her say, “You’re getting crevices in your forehead from frowning, Wesley.”

The phone rang, and Wesley released Evander to answer it. Hearing his daughter’s voice, Wesley’s forehead smoothed for a moment. As he listened the creases reappeared.

“You sound as if you have a cold,” he spoke into the receiver. He handed the phone to Kee. “It’s Lonnie. Find out if she’s been crying again.”

Lonnie made Sunday telephone calls to check her parents’ schedules for the upcoming week. Wesley’s nights at the E-World store allowed Lonnie to talk to Kee in private; but Kee’s nights delivering cosmetics or attending make-over parties made her unavailable. If Lonnie felt compelled to call during the day, she timed her calls to avoid her father’s lunch time at home. How much deeper Wesley’s frown would be if he knew Lonnie’s weeping reports had spilled over into the weekdays.

“We’ll be here all week,” Kee said into the phone. “It’s too hot to go anywhere. Are you keeping cool--you and George?”

Wesley hated chauvinism and proclaimed women’s rights, deeming himself a thoroughly modern man. Yet, although Kee was working when he met her, he preferred her to stay protected in the home. Their early married days when he was in the Army had made such an arrangement easy, and they had continued it until Lonnie, Alex and Blake grew up. Now Kee worked again, but Wesley called it dabbling. For the last three years Kee had grown steadily more successful in cosmetic sales. He peered over her shoulder while she did accounting, and backed off with a dour expression. Her bookkeeping was meticulous.

Many a wife would object to her husband’s having sixteen cats. Wesley Davis’ wife, however, had shown no sign that she was unhappy with his orphanage for strays. Could this have been because Wesley was the kindest man in the neighborhood? Of the neighbors who knew of his zoo of cats, one considered him nuts. Another considered him a health hazard. The third, Mark Mattson across the street, told Wesley he found him fascinating and an irresistible challenge for debates. The question of kindness to cats had never arisen.

Wesley considered the contentious Mark a friend. For all the other people in Wesley’s life except Mark, he had some other designation: married daughter, twin sons, co-worker, pharmacist, Ingle’s grocery store manager. As for a best friend, Wesley was beginning to worry that his wife was evolving away from that designation. He saw changes in Kee that were the epitome of subtlety.

Wesley leaned on his elbow on the highboy and watched the drama of expressions on Kee’s face. Surprise, anger, sympathy, anticipation, followed one another.

In a moment she mouthed back to Wesley, “They’re coming.”

Among Wesley’s stressors, he counted a mere handful of minuscule irritations, and one gigantic, stomach cramping emotion that was hatred of his son-in-law, George Gardner.

Making tiny pleats in the sheet, Kee held the phone to her ear without speaking for some minutes. “They want to bring two cats up from Raleigh for us to baby-sit. Okay, Wesley? Next Friday night.”

Wesley held his mouth tight shut, lips tucked in, and ground his teeth. He’d have to listen to George’s whining about the unfairness of Affirmative Action, of minorities getting ahead of him in the insurance company where he worked. Wesley would have to listen silently, for he’d promised both Kee and Lonnie he would stop calling George a racist, stop challenging him.

“Tell her to bring the cats and leave George Guano-head in Raleigh.”