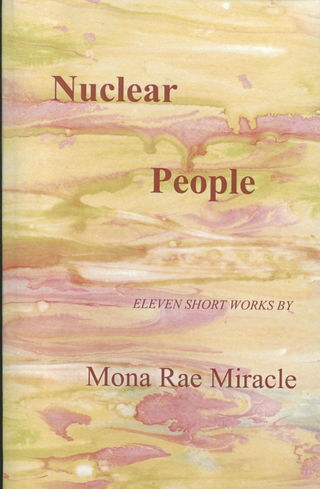 
While gathering, the women came upon a dead wolf, dead from unknown cause, perhaps a snake bite, perhaps a bone piercing the throat. The whining cries of a wolf pup started in full force. Jolie was drawn to pick it up and cradle it. Immediately the pup found her nipple.

"Yes, considering how we chase them away from their kill and steal it for ourselves," said Dominique.

Simone said, "I was thinking about the ancient legend of a wolf mother raising a human child."

Jolie said, "If the wolf mother's breasts ached like mine from holding milk, then she was glad to find a little thing to nurse!"

Brigitte, the wife of Pierre countered, “I wouldn’t waste time raising it. I'd make a nice roast of it tonight."

Jolie carried the wolf baby home. "You won't mind, will you, Jacques? It will help the hunters."

Jacques placed his hand under the chin of the wolf baby for a moment, then turned to walk away, saying, "Wolves leave and never come back. Wolves always go to live with wolf tribes."

Gigi sat on the floor in front of Jolie, looking back and forth between the wolf baby's eyes and Jolie's. Enchanted, Gigi touched the gray fluff with her forefinger. "Jolie, you look like the wolf baby's mother. Both of you have gold eyes."

Jolie told the wolf, "You're not Ainu. But you can be Gold Eye." She nursed Gold Eye for two weeks until his teeth grew in.

Jolie missed Old Nicole. While Gigi had snuggled against Old Nicole's thigh, listening, Jolie closed her eyes in order to see Old Nicole's descriptions of the past, and even further back than memory, to the legends. Jolie liked also envisioning the future.


Jacques was good at imaging the immediate future,
like a pro basketball player or Olympic champion, in terms of a goal he coveted. But of late he sat every day staring off into a valley, imaging nothing. He slept not at all or he slept all day. He was uninterested in food, sex, wrestling. His inactivity grew steadily worse.

Jolie came to the cliff edge where he sat, and blew through hollow reeds and danced. She sang, as Jacques had sung to her. She pretended to be a bird, hoping to make him laugh.

She grew to believe his mysterious malaise was worse than the ordinary dread and free-floating anxiety that weighed down everyone else. She said to her mother, "I think Jacques is clinically depressed."

Her mother answered, "You’re trying all these ridiculous methods to make Jacques lighten up. You’re mistaken to think that Jacques's behavior is your fault. You didn't cause it and you can't cure it. This situation sounds more like co-dependency to me."

Still Jolie kept trying. She would make Jacques a coat. She asked for Old Nicole's stash of skins. She worked endless hours cutting strips. Gigi grew bored watching and trudged off with Gold Eye loping alongside her. The coat Jolie made was a design she had never seen before, except in her head. With a bone needle, she attached a dark border to a light coat. The style was rather like a kimono, with wide sleeves.

"Jacques can stick his hands into the sleeves and keep them warm," Jolie told the women. They nodded. "But I've already started on another new design for when the deep cold comes," Jolie continued. "The fur is on the inside. It's twice as warm and, ooh, so soft. Here, try this. I have the two big pieces just tied." She draped the pieces over Simone's shoulders. "He can be as warm as bear without having to look like one!"

They laughed, but quietly, and cut themselves off, knowing the sharp wit of Jolie was aimed at the prideful Elder, Louis the Gravest Elder, whose special role was to masquerade as an animal for certain ceremonies.

Jacques thanked Jolie for her labor of sewing. He didn't preen as she had hoped. He rolled the two-colored coat and put it away.

He had stopped joining hunting forays. Other families had stopped sharing food with him. Jacques and Jolie's remaining household supplies consisted of not much more than nuts and old jerky. When Jolie saw the shadow of Jacques's ribs, she pre-chewed jerky for him.

After she transferred two portions to him like a bird feeding a chick, he said, "I'm not hungry. Nor am I a bird. Stop this honeymoon nonsense."

Jolie walked away with a burning face. She was no longer interested in being close. Jacques hadn't washed himself in the creek in so long that his apocrine glands had quite overpowered his pheromones.

Jacques refused to go on a major hunt. "Your wolf is old enough to join the hunters. Tell them to take him," Jacques told Jolie.

Now Jolie was filled with terror. Now they would starve. The berries were gone. The roots were shriveled. Snails were hiding. The nuts would not last long. Gigi was allergic to mollusks and fish. Jolie showed her how to smash a turtle's shell with a rock, how to dig for earthworms and grubs. The easy task of frightening wild fowl and raiding their nests for eggs could not be done when the fowl were not nesting. Most other things were dangerous for a child to challenge--rodents, snakes, venomous insects.

The group could not support Jacques and his family. The group could leave them, might consider killing them. At the ultimate worst, Gold Eye and the family could all end up in the bellies of the group.

Gold Eye did not come back with the hunters. Jolie thought: Of course Gold Eye wouldn't come home to prey on lizards when he can feast on bison carrion."

She knew she must make Jacques snap out of his stone-like state. But was there anything left to try?